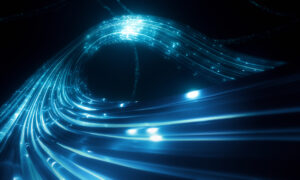 Vcinity is banking on a tie-up with Dell’s OEM Engineered Solutions team to make it easier for data-heavy customers to adopt its hybrid cloud data platform, four years after first unveiling the technology.

The partnership is pitched as offering a “turnkey” solution to deliver its hybrid cloud software to customers who want to take advantage of cloud compute resources, without having to actually move vast amounts of data into the cloud.

Vcinity’s platform includes a Global Fabric taking advantage of RDMA and an integrated parallel file system, which delivers a single global namespace. Vcinity says its RDMA implementation isn’t restricted to InfiniBand and RoCE, meaning it can run over any network topology and, crucially, be extended outside the datacenter.

The platform can be attached to enterprise LANs as a standard NAS, or as a transitional high-speed storage tier, offering “geo-diverse” data exchange over metropolitan area networks or WANs. Data can be seen as NFS, SMB or S3, without the need for additional agents.

The company claims this means compute can be deployed whether on-prem, in the cloud, or at the edge, without having to migrate or cache data. The company is selling the tech as a way for heavyweight data sets – such as pharma, genomic or media – to use compute in the cloud without the headaches, security worries, and expense of getting the data into the cloud and back again.

Vcinity came out of stealth mode in 2018 after three “family office investors” backed its acquisition of technology originally developed by Bay Microsystems. It demonstrated its Ultimate X products in 2019 by transferring 1PB of file data across a 4,350-mile 100Gbit/s WAN in 23 hours and 16 minutes, claiming it was able to utilize up to 97 percent of available bandwidth.

That topped a Bay Microsystems demo a year earlier, which saw it shift 1PB across a 2,800-mile network in just over 23 hours.