Vcinity to participate in Gartner IT Symposium, other fall 2022 conferences 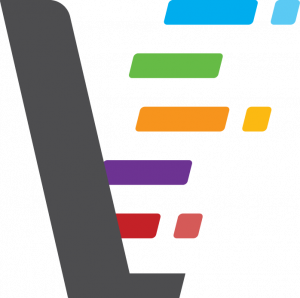 Vcinity to participate in Gartner IT Symposium and Gartner Infrastructure, Operations, and Cloud Strategies Conference

Company to also showcase its hybrid, multi-cloud solutions at TechNet Indo-Pacific, an event for government organizations

SAN JOSE, Calif.–(BUSINESS WIRE)–Vcinity, the leader in instant global access to file and object data, announced today that the company will be participating in the Gartner IT Symposium in Orlando, Fla., October 17-20, booth 210, the NAB New York Show 2022 with Scale Logic, in New York, N.Y., October 19-20, booth 741, and the Gartner Infrastructure, Operations and Cloud Strategies Conference, taking place in Las Vegas, Nev., December 6-8.

Vcinity enables enterprise and federal customers to choose where they keep their data while retaining the ability to use it anywhere–whether in public / private clouds, on-premise, or at the edge. This freedom is delivered via two key capabilities that can be seamlessly incorporated into the organizations’ existing infrastructures: remote data access and data movement.

The conferences will offer live demonstrations of both these capabilities. Remote data access will show how cloud-based applications can execute in real-time against geographically remote data residing thousands of miles away, either on-premises or at the edge. The examples used will be two common oil and gas, as well as media & entertainment workflows. A data movement demo will also be available, which will showcase how Vcinity enables data transfer over any high-latency Wide Area Network using its ability to sustain single data flow efficiencies at 95 percent utilization of available bandwidth with linear and deterministic scalability.

The company will also have a presence at AFCEA TechNet Indo-Pacific, the largest event in the Pacific Rim focused on regional defense issues. The event will take place in Honolulu, Hawaii, Nov 1-3, and Vcinity will be at booth TT94.

Those interested in discussing how to derive value from their data faster or unlock dispersed datasets are invited to stop by Vcinity’s booths or schedule a dedicated on-site meeting or live demo.